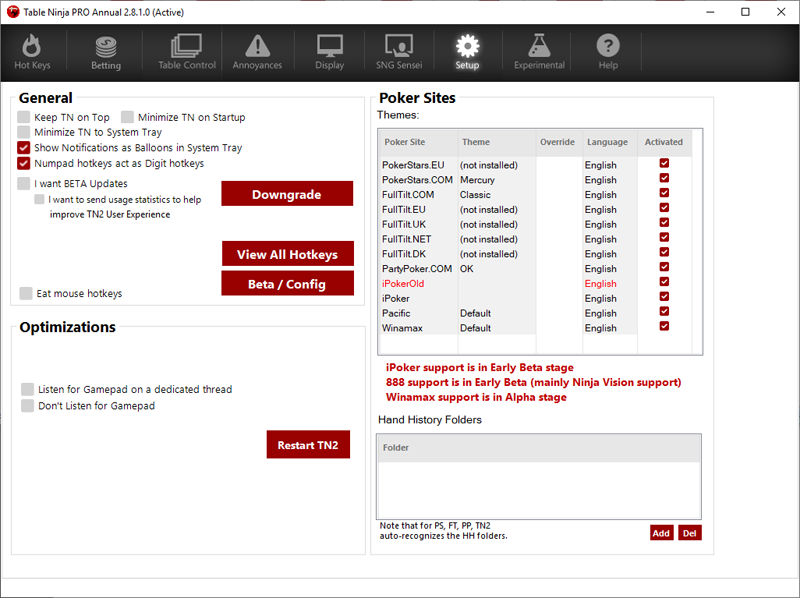 Beta/Config -Will let you do the following actions:

Eat mouse Hotkeys - For Pokerstars we allow a mouse Hotkey to work as a hotkey + as its original function, For instance you can have right click to work as both Fold and edit the Pokestars Themes.  Click this setting to "Eat" the mouse hotkeys so that they only do the hotkey action.

This shows the status of your theme on each supported site and regional client that you play on.

Warning: Make sure you tell TN2 what language your poker client is set to.

Warning: Only use the Override Theme option when experimenting with themes that are not officially supported.  If you use the override theme option and are playing with a supported theme, TableNinja II will not function correctly.